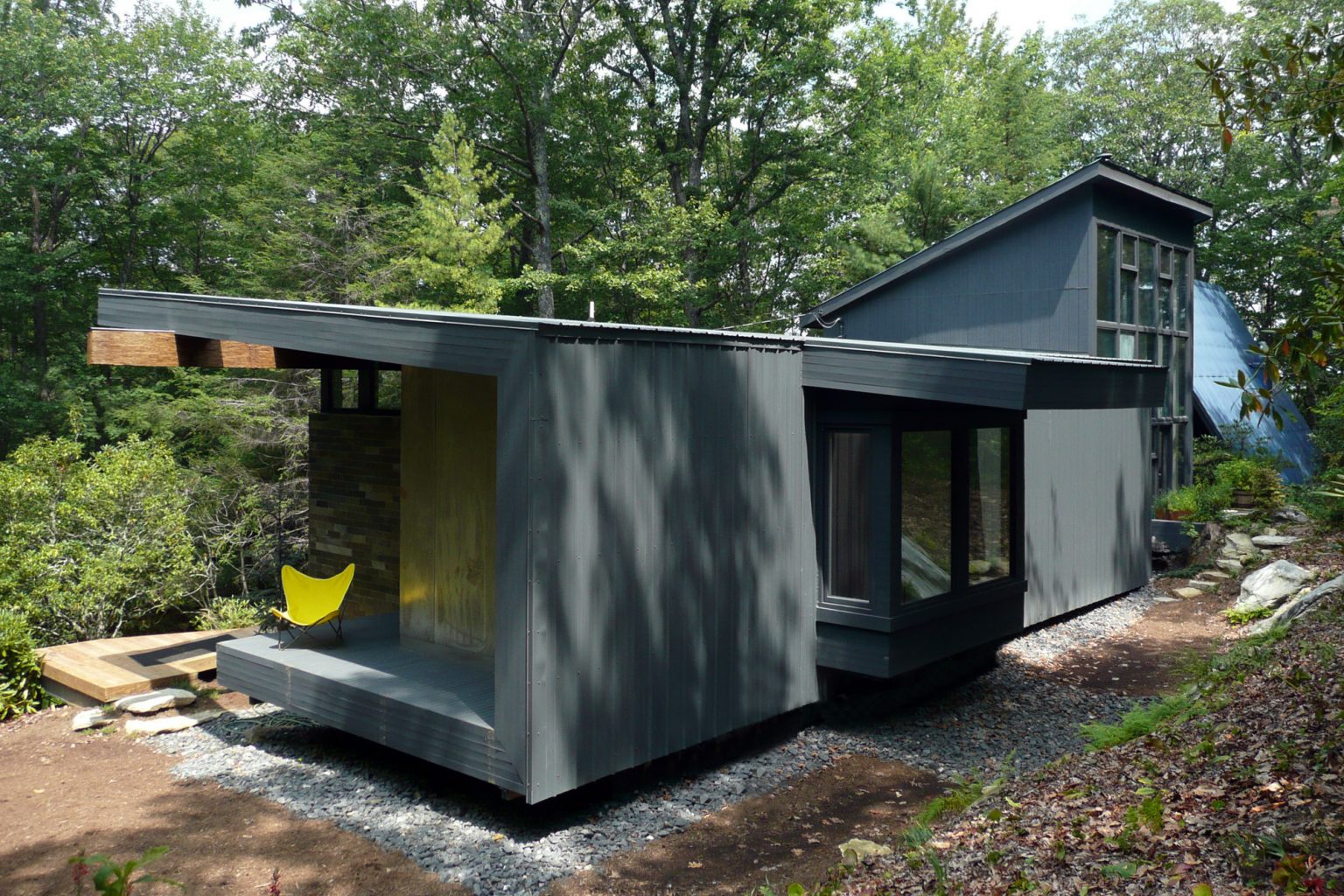 Nestled into the mountains of historic Jonas Ridge, North Carolina, the 1-2-3 house has evolved as the needs of its owners changed. The house earned its name for the three distinct stages of its evolution. Decades ago, the house started life as a modest A-frame. The first addition, completed in the ‘80s, connects to the original structure with a glass entry vestibule. Cluck completed the second addition in 2011. This last installment — a gallery, meditation space, and 2 additional bedrooms — is a study in native materials and abstract forms.

The original A-frame structure opens to the east to greet the sunrise. The first addition, known as the shed, opens south to provide views of the lush green mountainside. The final addition, called the Gallery, also connects to the main structure with a glass vestibule. The Gallery faces north and west, giving visitors a beautiful sunset view. One massive beam supports the selectively glazed facades. A large “magic door” slides in an unsupported cantilever to separate the art gallery from the bedroom hall.
—
Completed: 2011 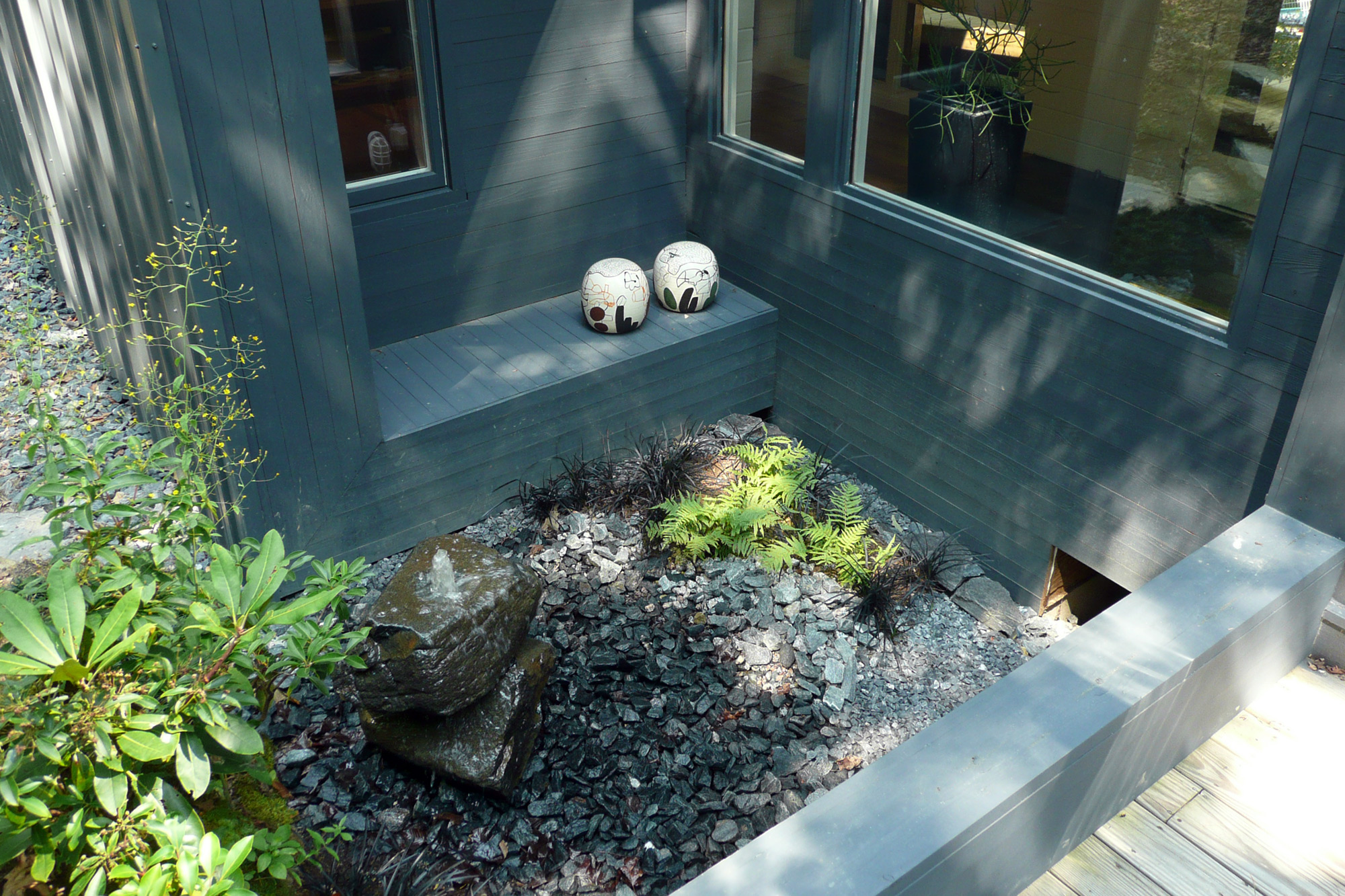 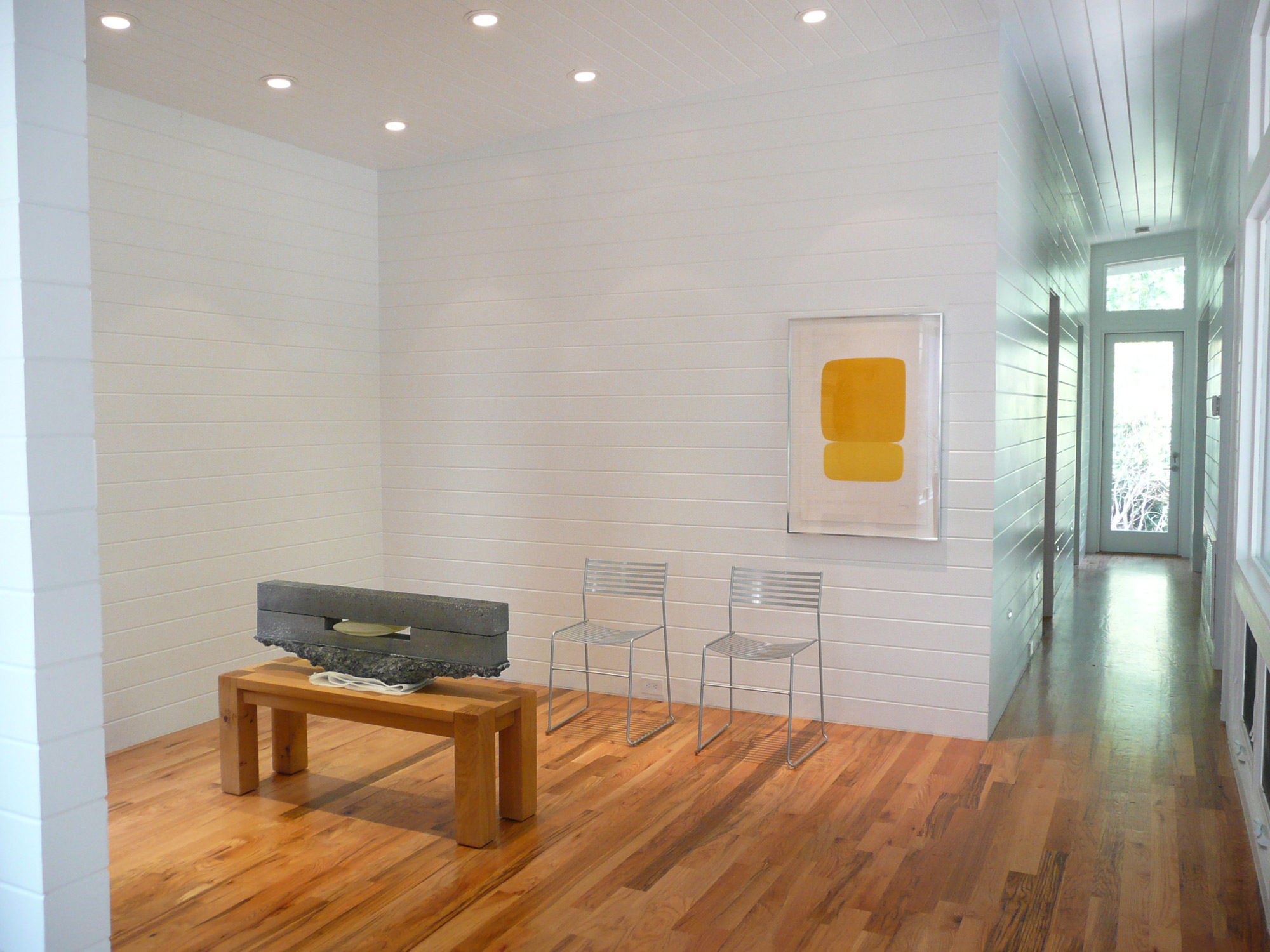 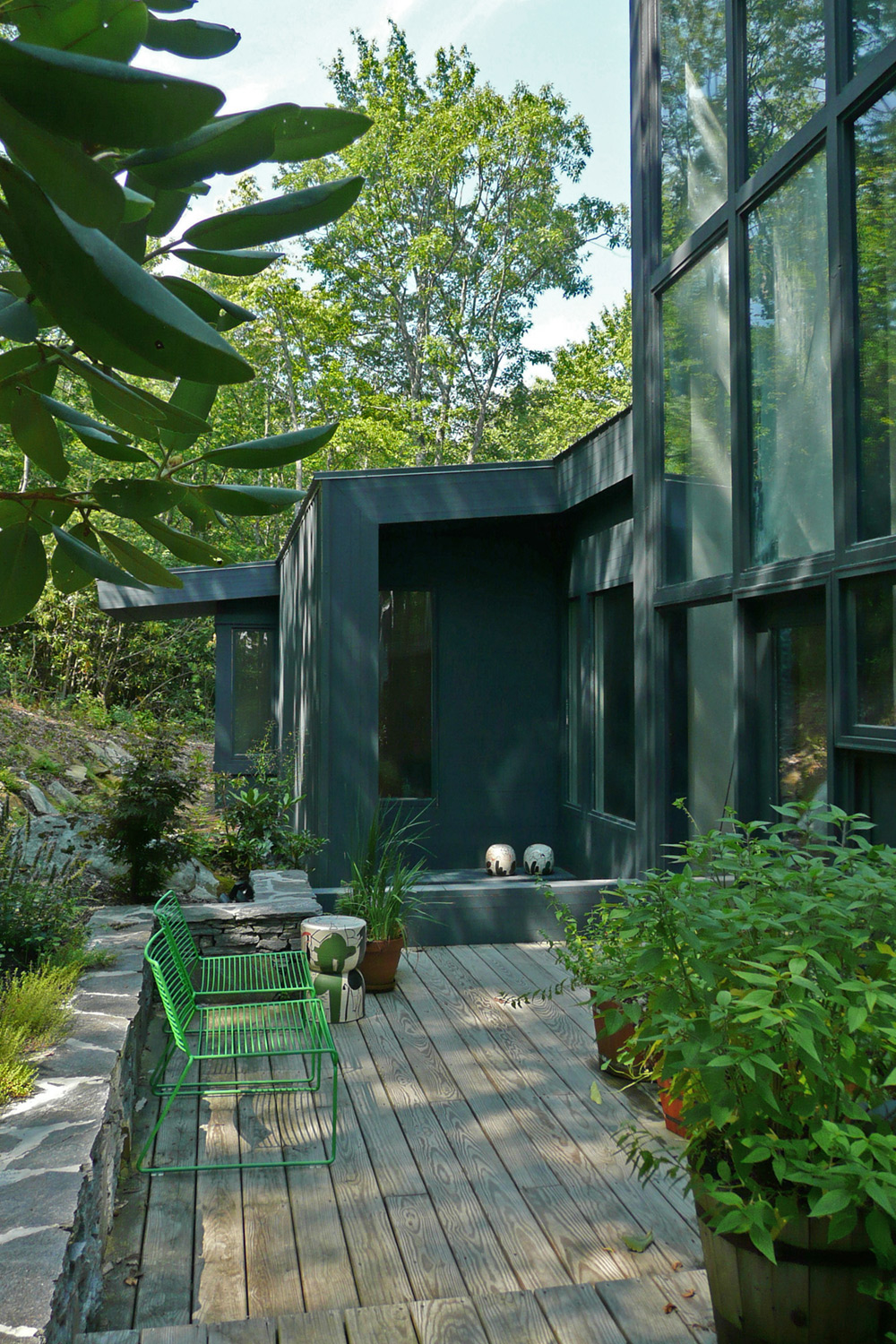 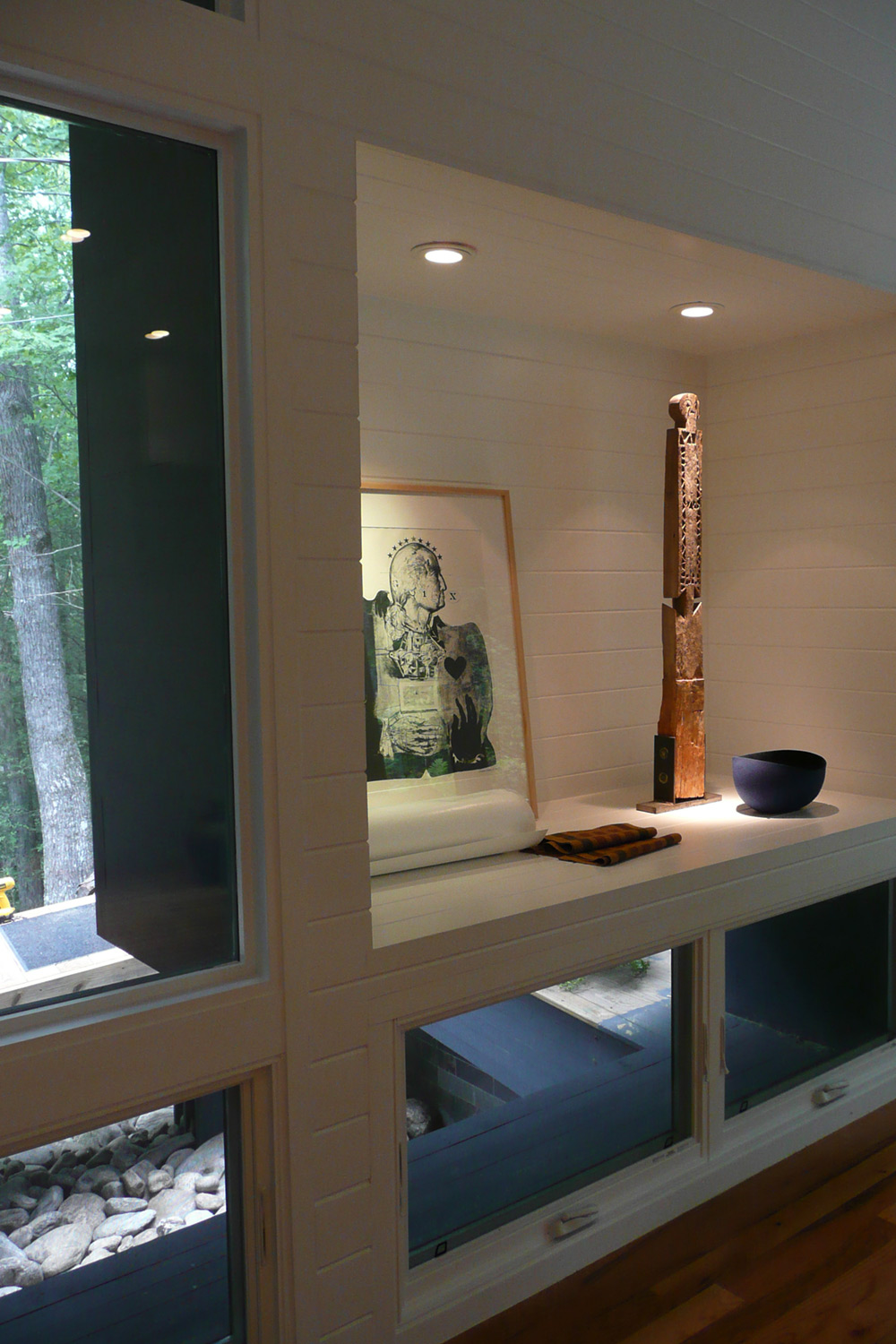 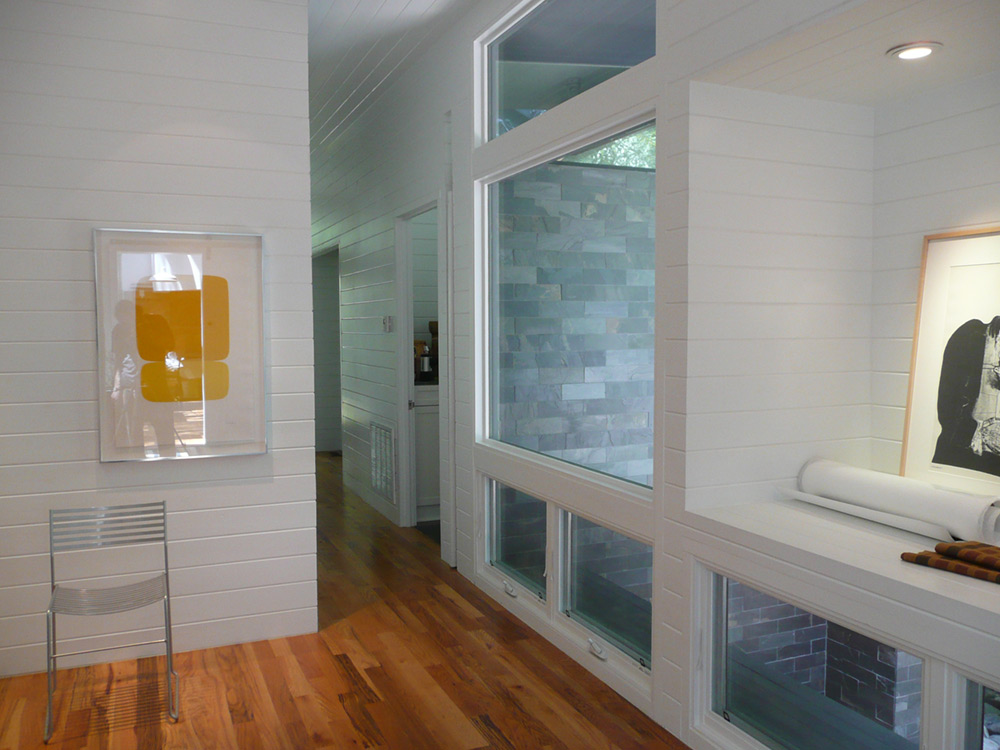 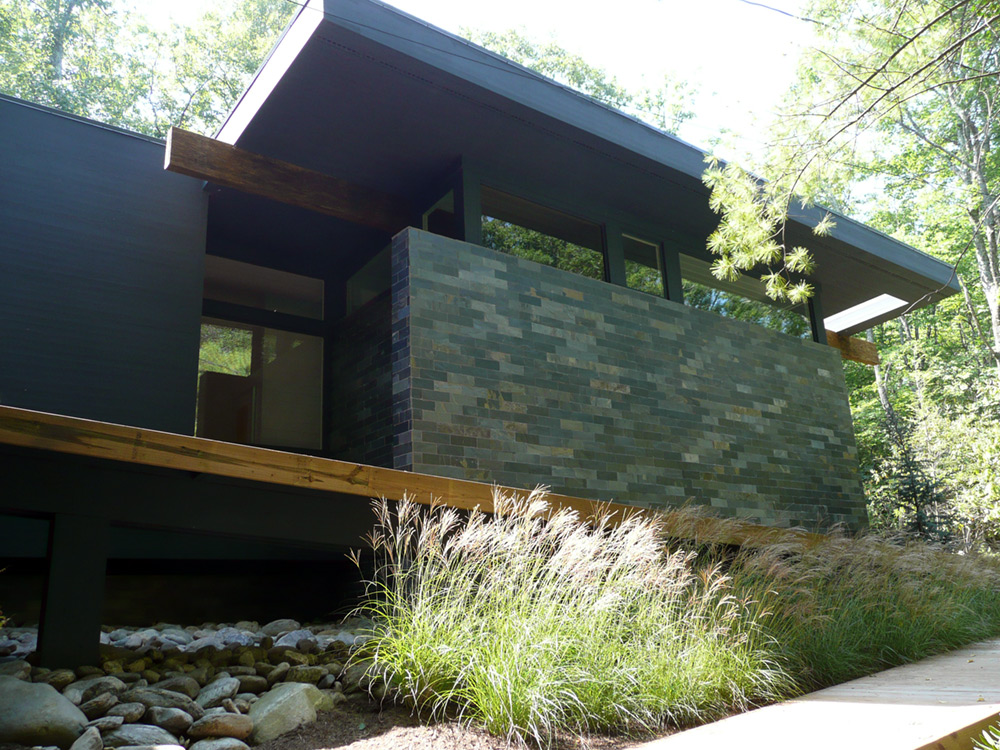 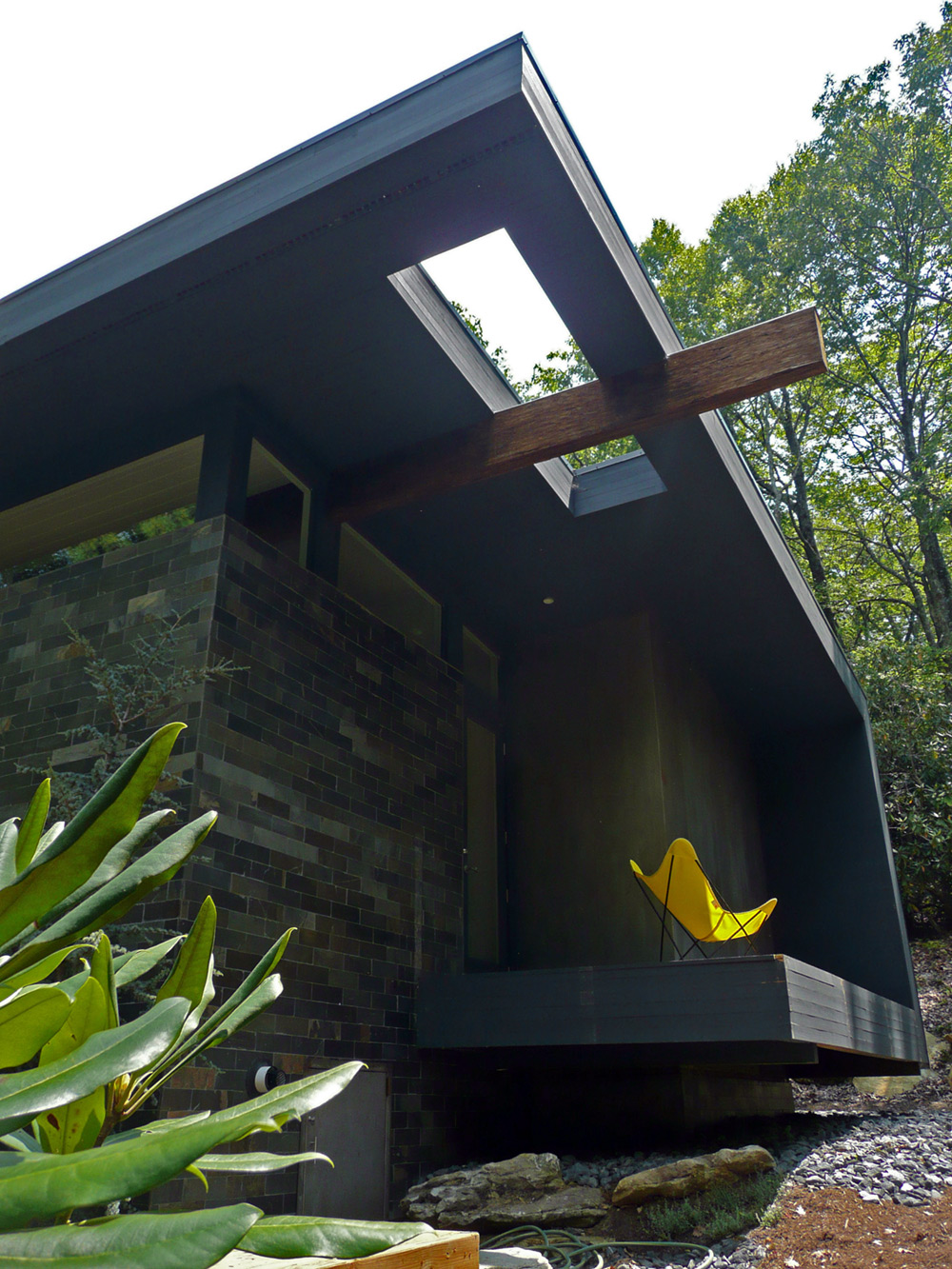 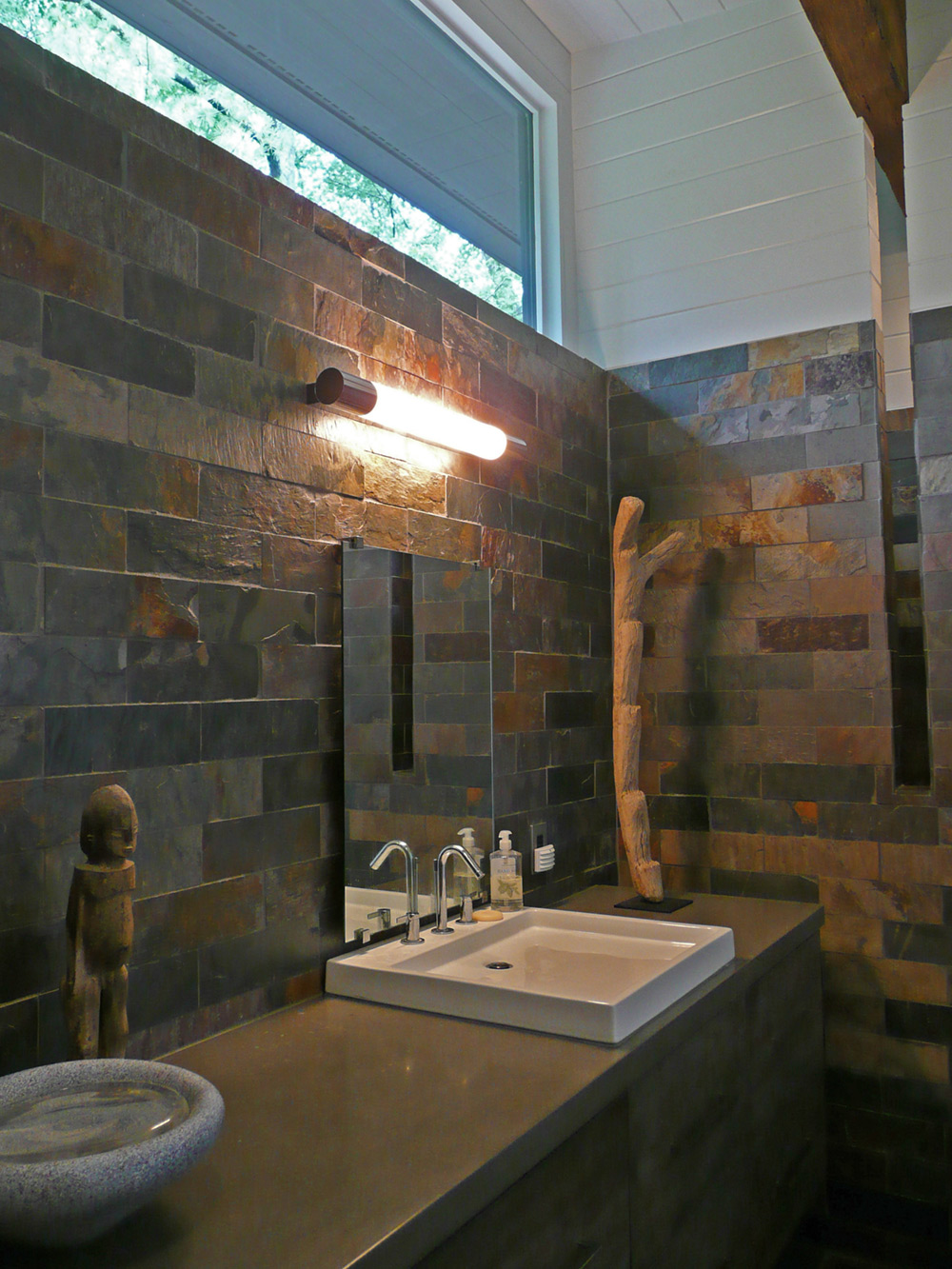 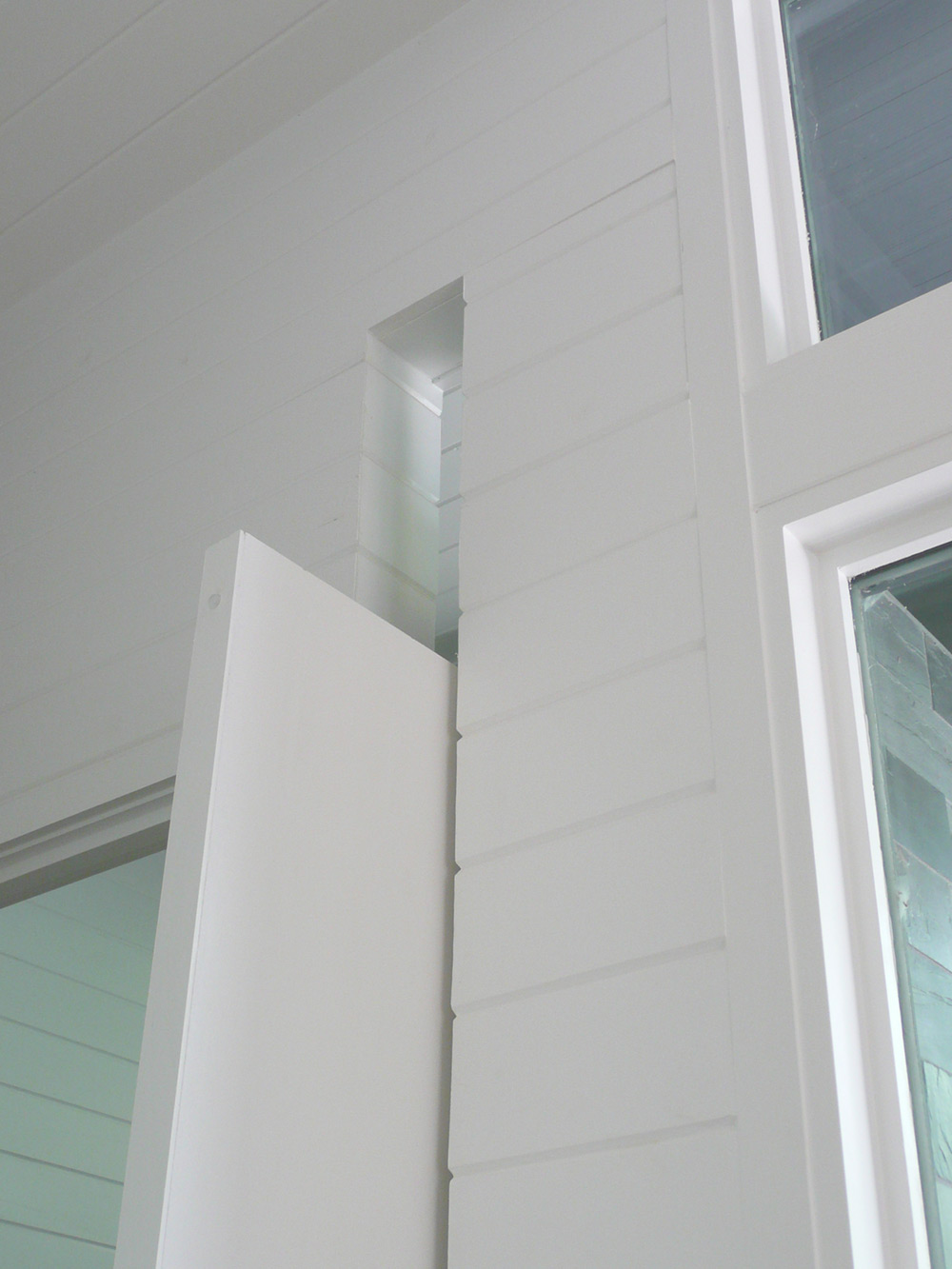 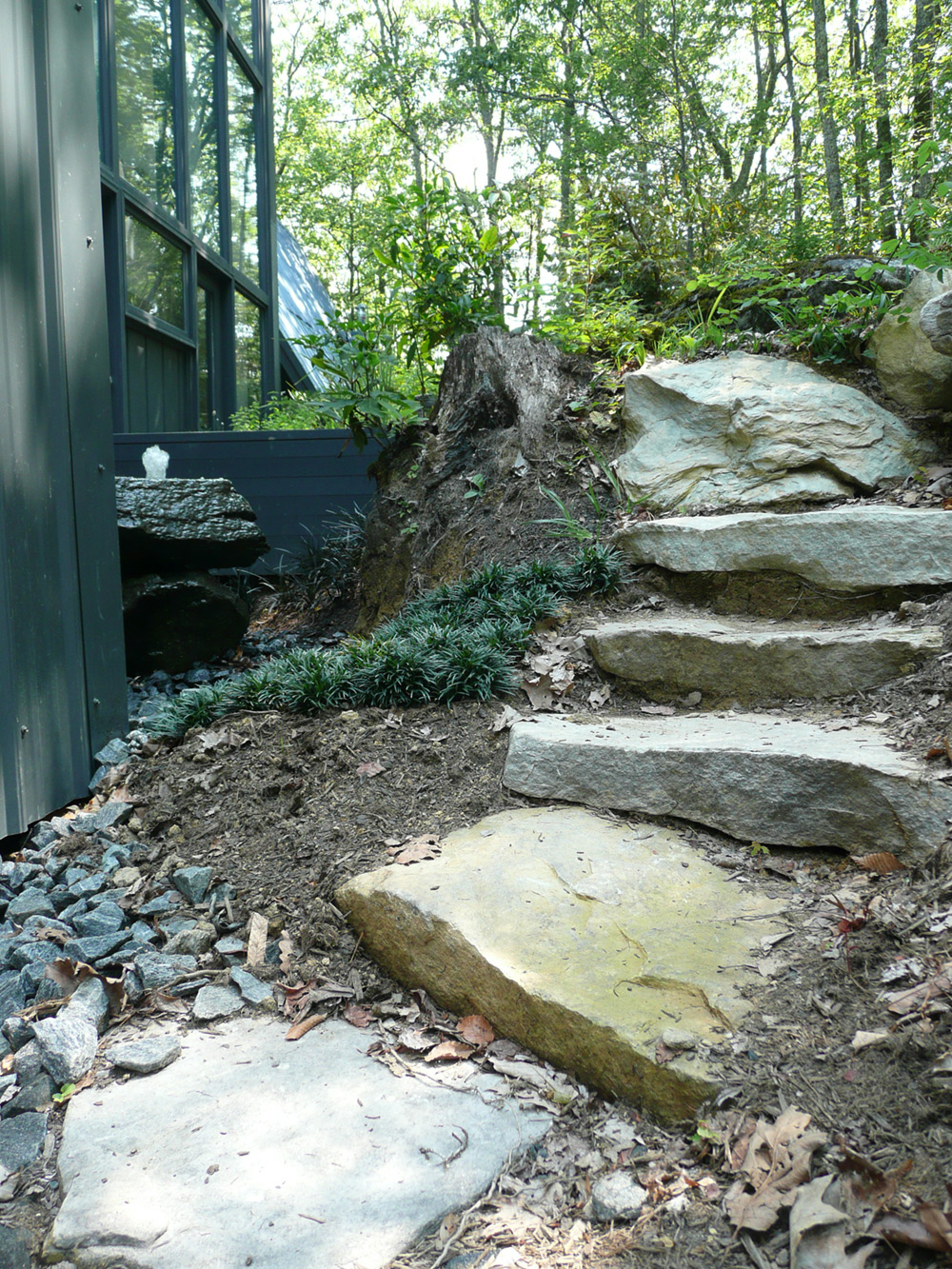 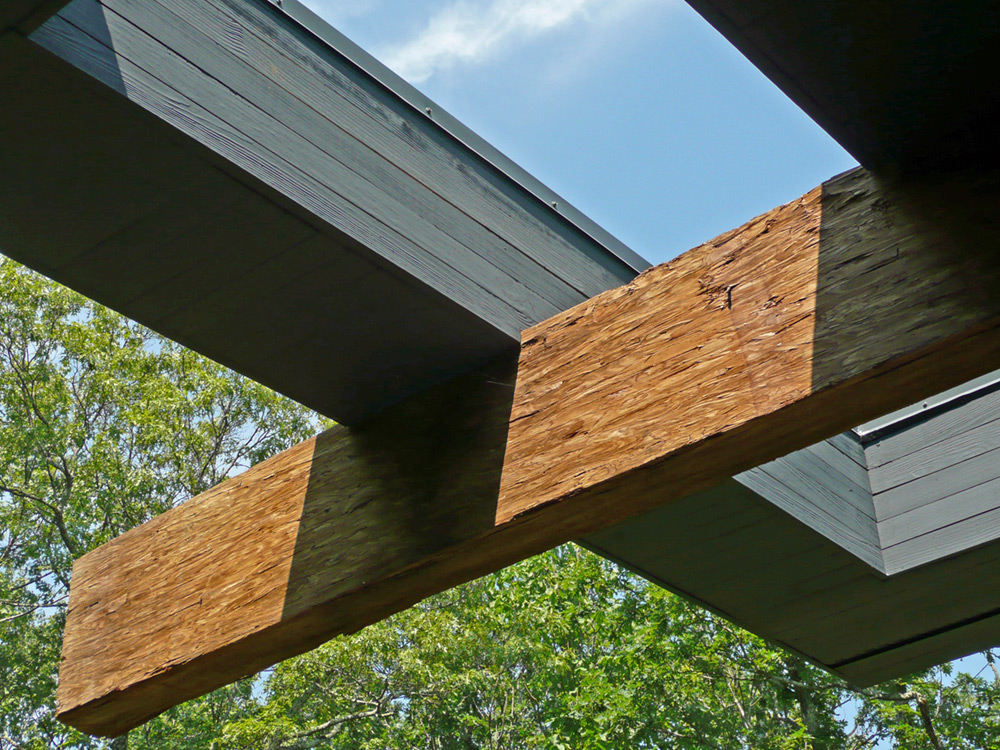 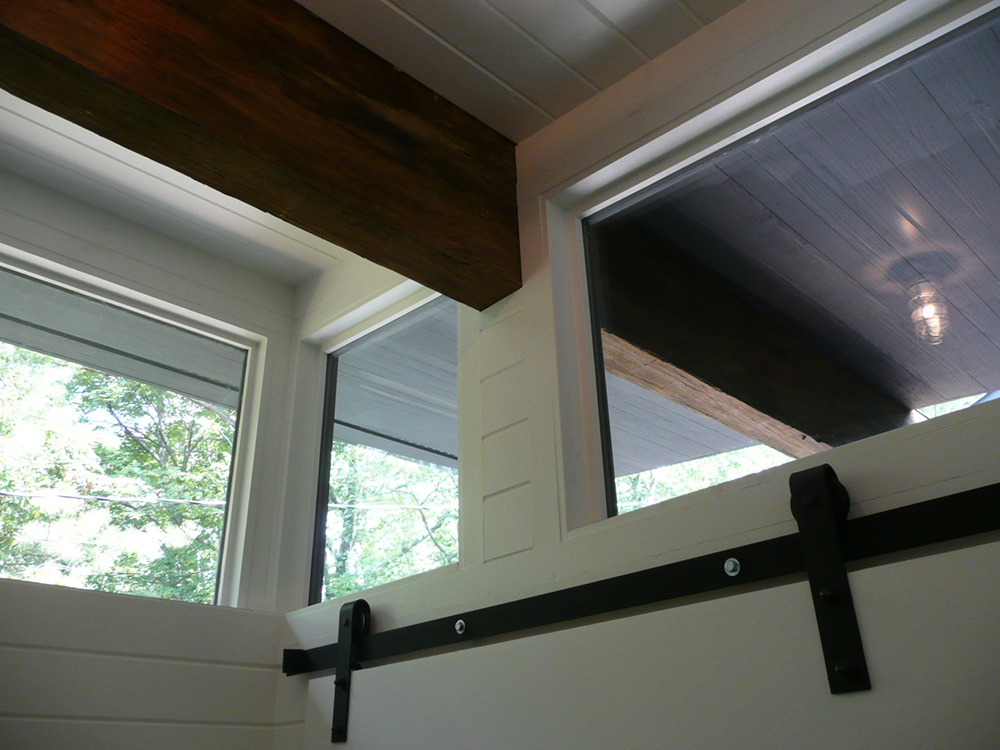 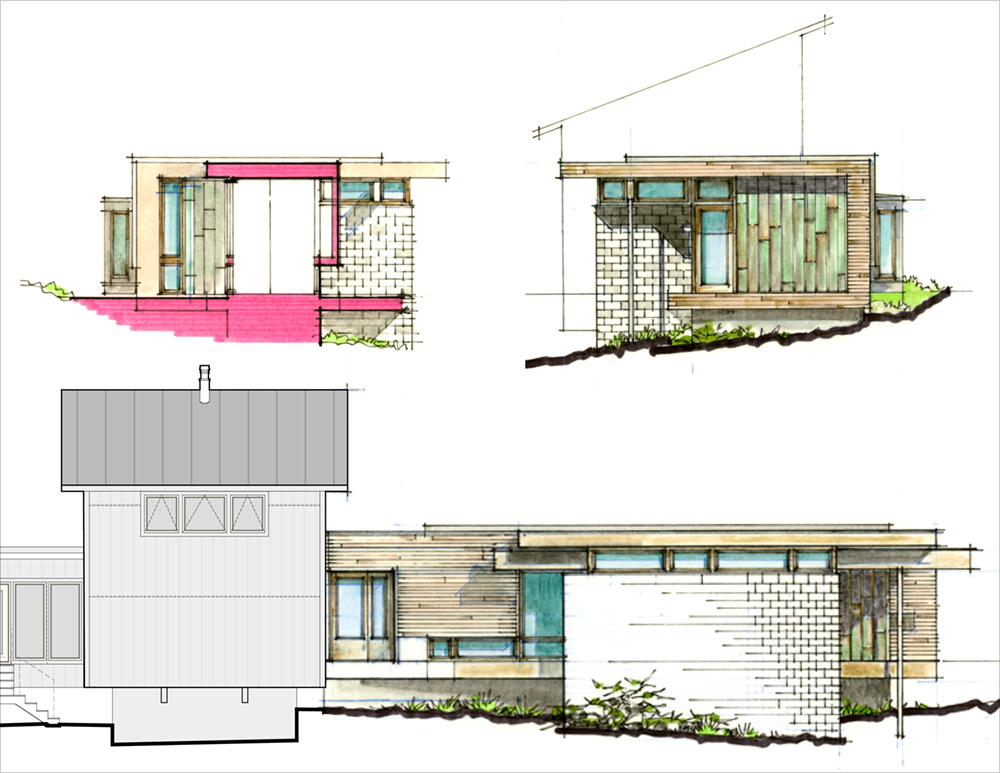 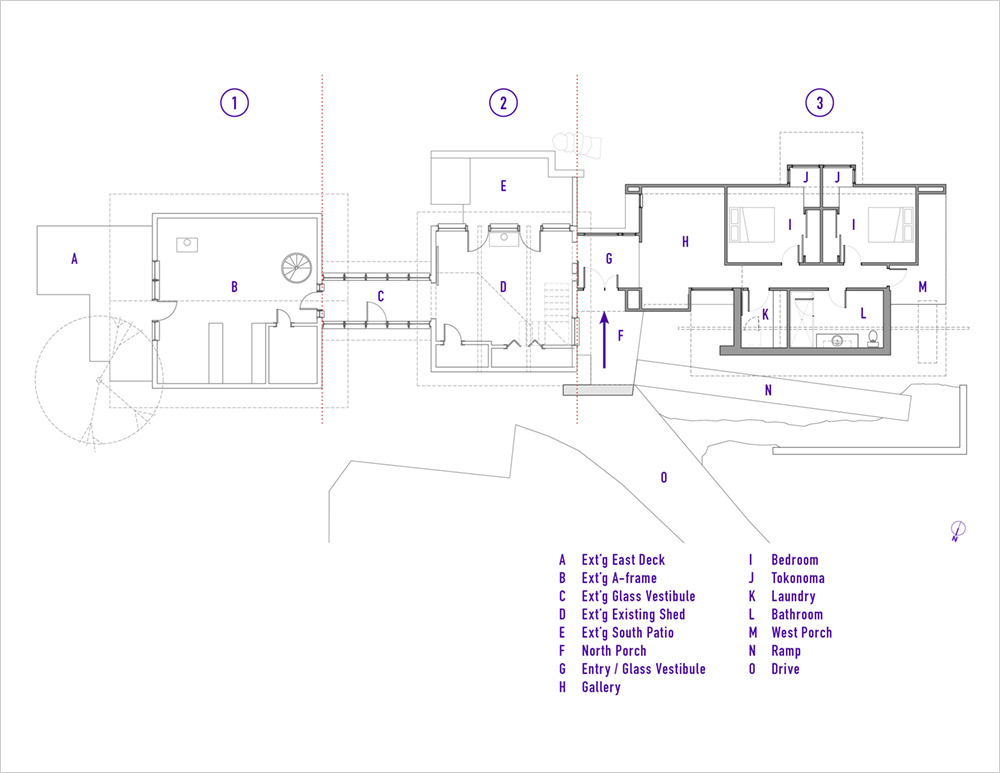 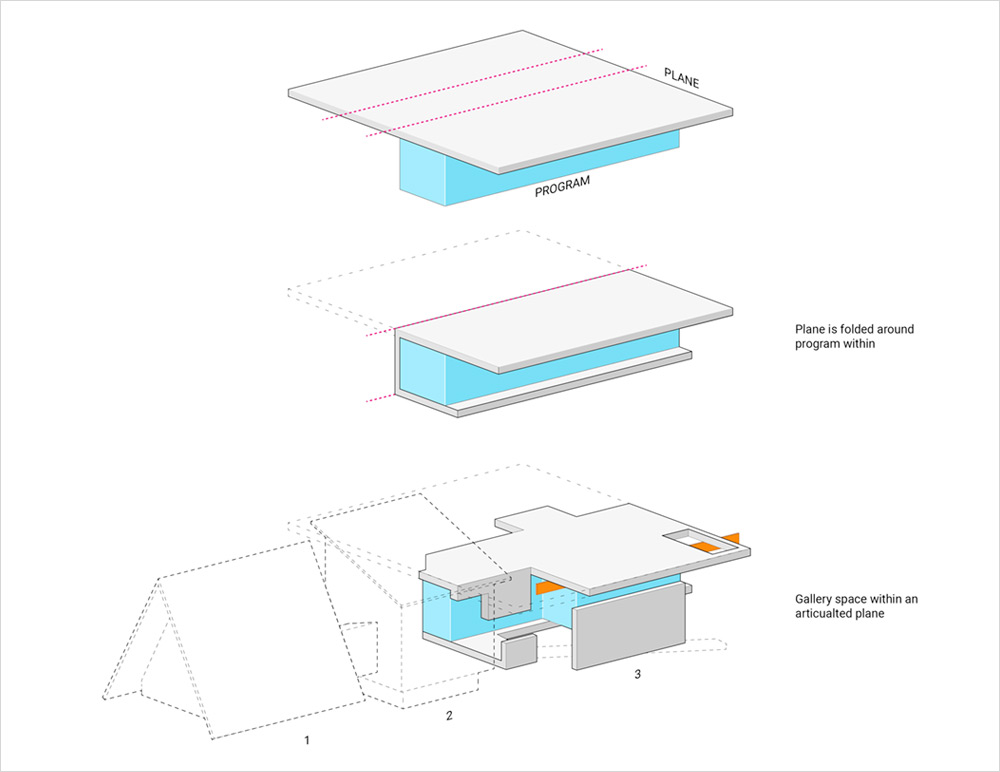